Jump to Recipe Print Recipe
This recipe is a cross from a cinnamon roll and an apple pie. It's low in sugar and you could substitute the regular pie crust for a gluten free one, found in a health food store.
We prepared this recipe in our cooking school during a kids class, and everyone had so much fun rolling out the dough and placing the cinnamon mixture on the pie log then cutting them into circles. It was for sure a hit!
Jump to Recipe Print Recipe 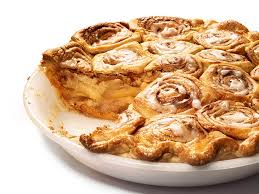 Get Class and Menu Updates

Provide your email address and select type of update you want