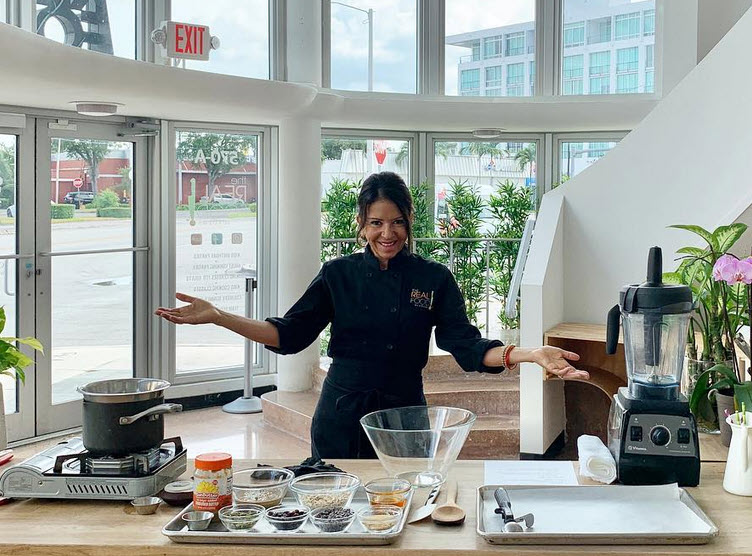 Maria Cummins Founded Cooking With Kids Miami In 2008, built up the business and later expanded to become The Real Food Academy.

She is the founder and head chef.
The Real Food Academy was founded in 2008 and is the brainchild of chef Maria Cummins. She began by offering after-school programs at a local Montessori school. Soon, she added birthday parties, fields trips for schools, and in early 2009, brought a website online to help her reach more people. .

The growth of the Academy has been steady, adding new types of classes, expanding to the adult sector, and offering business and team building parties. Soon, their small space wasn't able to handle the steady and ever growing size of the parties and classes.

In late 2016, they signed a lease on a new building that would effectively quadruple their space. Construction began to make the space uniquely theirs. Sadly, they encountered many issues, and had to revise plans a number of times (hence, the tears).

However, perseverance and patience finally paid off in January of 2018 when the new space was ready and classes were moved to the larger space.

Now, Maria and Arthur could focus on one of Maria's long held dreams... a café that offered the same type of "real food" Maria was becoming known for.

You can see the result of that dream at The Real Food Cafe.
"Don't change the dish, change the ingredients. Healthier food is easier than you think." 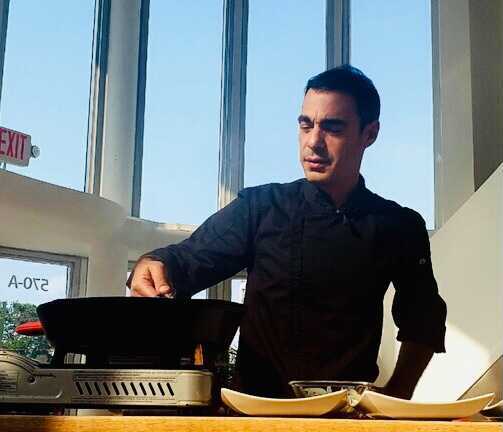 Giuseppe believes food should be celebrated and respected, clean, whole, and not over-processed, and that cooking should preserve the natural flavors of each ingredient. From his extensive travels across Europe to the Middle East, South America to Canada, he's taken influence from each culture's cuisine, techniques, and cooking styles. It all began as a kid in his family's kitchen and restaurant, where he learned his Nonna and Momma’s cooking traditions from Calabria, southern Italy.
My name is Giuseppe Catanzariti. I grew up in South Bend, Indiana and I've spent the last ten years as a chef in Chicago. I moved to Miami in June of 2019.

I became interested in cooking when I was growing up as a kid in my family's kitchen and restaurant, where I learned from my Nonna and Momma’s cooking traditions from Calabria in southern Italy. I also loved the science behind it. I thought it was just fascinating how organic material reacted to heat or salt. I also love the arts so, being able to combine the two to make something that we can eat with our eyes is a lot of fun! I have a memory of this!

My claim to fame comes from growing up in an Italian restaurant, working with some of the greatest chef’s in Chicago, and being able to travel the world and eat cuisines from across Europe to the Middle East

I started my career in my family's restaurant, I was the chef at age 22, then chef at a local bistro, as well as the catering chef at Indiana University at South Bend. From there, I moved to Chicago and moved my way up to Executive chef at Francesca's Forno, then Pane Caldo. I finally got out of the restaurant business and began working for Steve and Kate's summer camp for kids, while doing pop-up and experiential dining experiences as well as teaching cooking classes.

I am going to show you how you can make healthy, whole delicious meals that are minimal and accessible ingredients. I am also going to be giving tips on techniques and preparation as well as sharing my knowledge of the ingredients.

Being able to share the knowledge I have with those who want to learn is one of the things I love about working at the Academy. My ultimate goal in life is to teach the world how to cook, and the Academy allows me to do it.
I believe food should be celebrated and respected, clean, whole, and not over-processed, and that cooking should preserve the natural flavors of each ingredient. 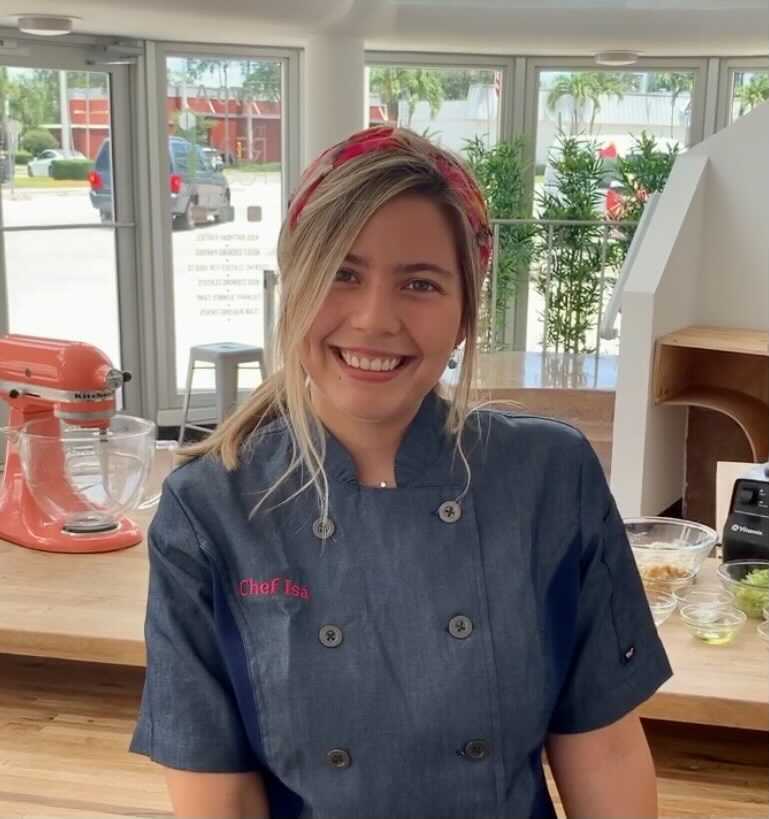 Hi! I’m Chef Isa! And I play different roles at The Academy. Sometimes you’ll see me cooking with kids and teaching the importance of eating Real Food or you can see me styling and photographing a beautiful dish for our social media!

Truth is I’ve always been passionate about food.

From cooking with my abuelita as a little kid to having two different careers and making it into one.
I’m a Chef and Marketing graduate, with experience in different roles in the food industry. I strongly believe that as long as you do what you love and be at your natural best you’ll be inspiring only good things! That’s why I #inspirelovethroughfood.
You'll find that I love to #inspirelovethroughfood and post on our Instagram channel here.

Get Class and Menu Updates

Provide your email address and select type of update you want